Rent a Room in Andros.

We are glad to welcome you to Palaiopoli of Andros and to host you in our rented rooms.

You will have a Pleasant stay.

The complex has cozy rooms and apartments available all year to relax on the balcony over-looking the colors of the sky at sunset.

If you are looking for a stylish and inviting place to enjoy your holidays, relax with the sound of the sea and the beauty of nature, Chrissalis rooms are the ideal choice for your summer holidays or winter breaks.  The beautiful combination of the Aegean, the simple architecture, the traditional hospitality and the incomparable natural beauty are only a small part of what Andros offers you. On the ground floor of the tower is available Luxury suite 30 sqm with luxurious interior decoration and complete equipment. Stone Veranda with pergola of 15 sq.m. overlooking the Aegean Sea, ensuring peace & unique tranquility. Villa Pyrgos is located in Agia Eleousa next to Paleopolis. The Chrisallis Studio is located, on a quiet idyllic beach in Paleopoli with crystal clear waters overlooking the Aegean Sea. The complex has cozy rooms and apartments available all year to relax on the balcony over-looking the colors of the sky at sunset. The complex has 3 spacious rooms, ideal for relaxing with your company, your partner or your family. The rooms are fully equipped and beautifully decorated to offer moments of tranquility in a welcoming and cozy atmosphere. We are glad to welcome you to Palaiopoli of Andros and to host you in our rented rooms.

How you will come

Rental Studio with a private Villa, awaits you in the enchanting ancient precinct of Andros - Palaiopoli, in the green and overlooking the endless blue. Above is the ancient acropolis bathed literally in the green and south, you can see the ancient city, now sunk in the seabed of the Aegean Sea. 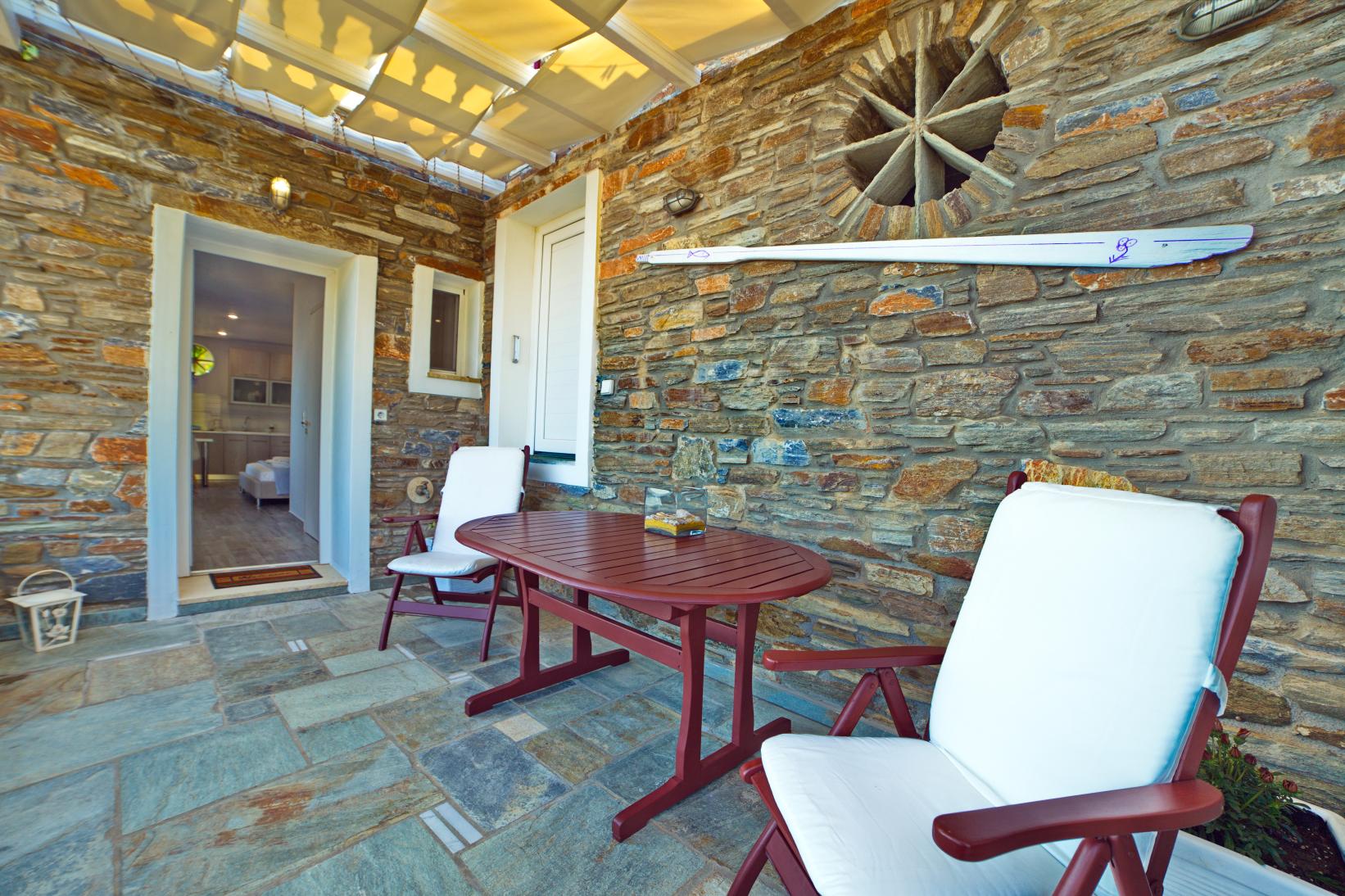 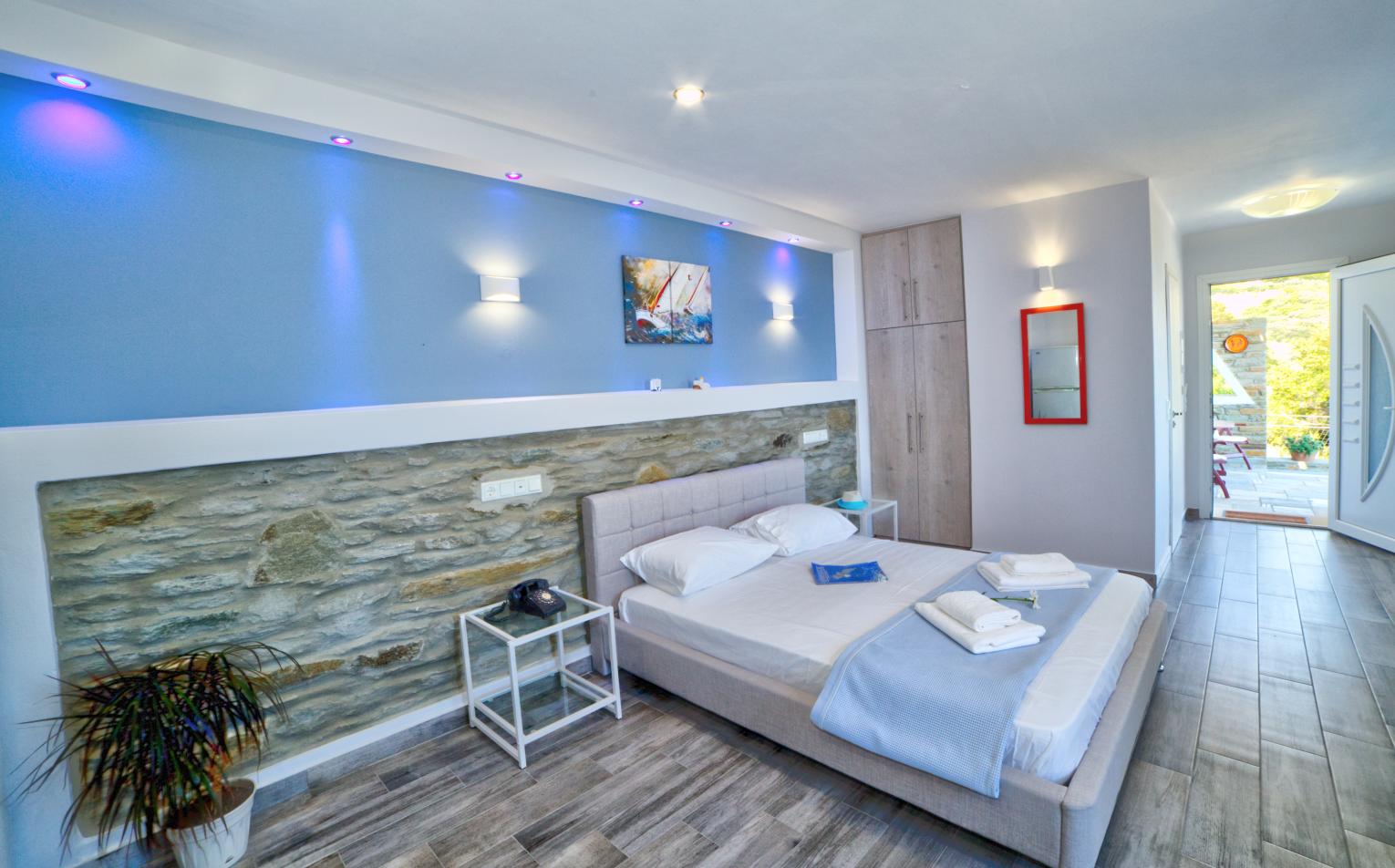 Luxury & Privacy are waiting for you to enjoy your holidays on the beautiful island of Andros! Villa Pyrgos has been designed to offer privacy and total relaxation to guests who seek a hidden getaway with exclusive services, consisting the epitome of elegance by the Aegean sea. 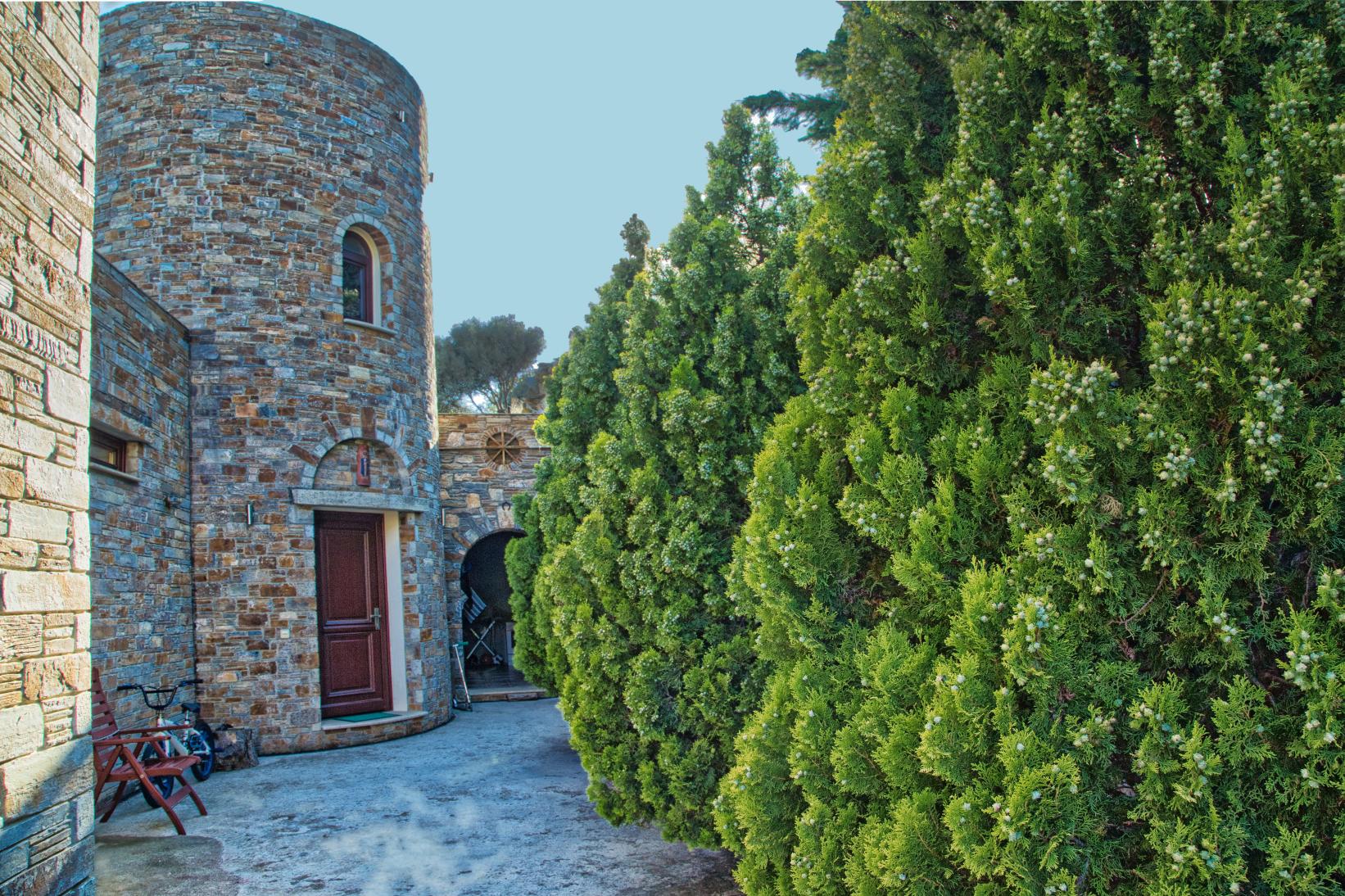 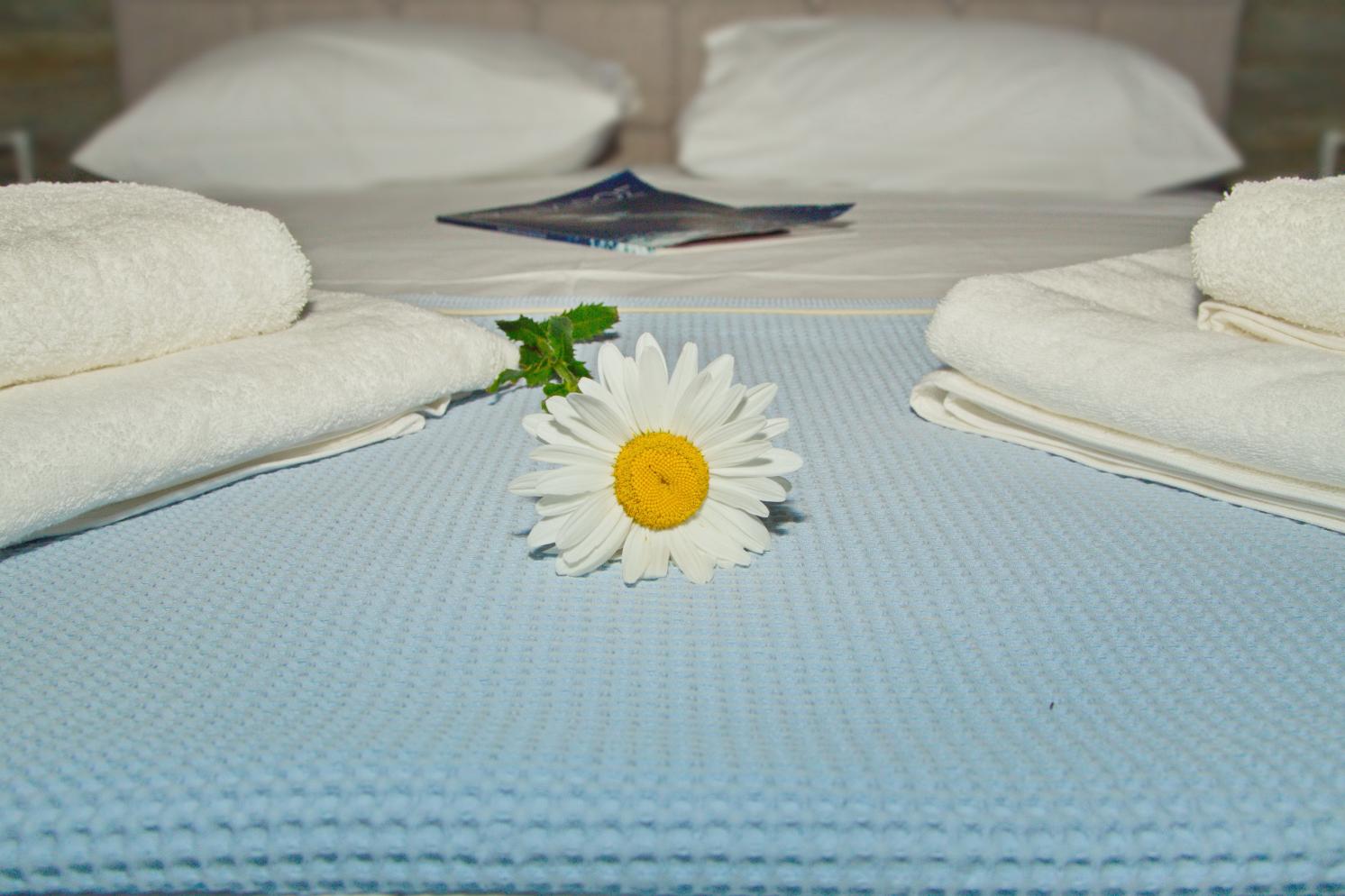 Chrisallis Studio rooms are waiting for you to enjoy your holidays on the beautiful island of Andros! Built in beautiful Palaiopoli, it provides the ultimate accommodation that the visitor wants to explore the entire island, while ensuring a welcoming environment. 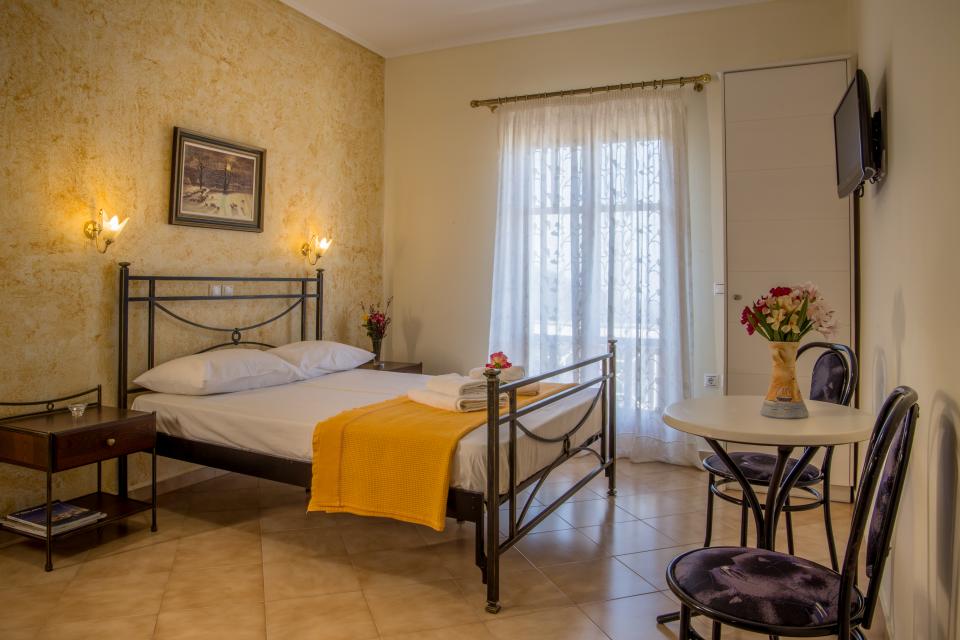 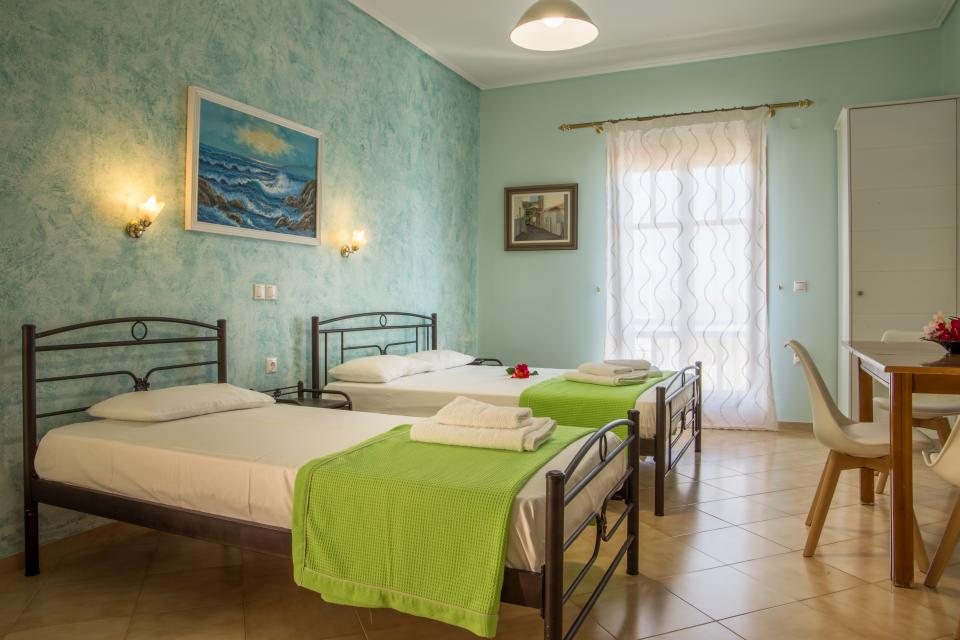 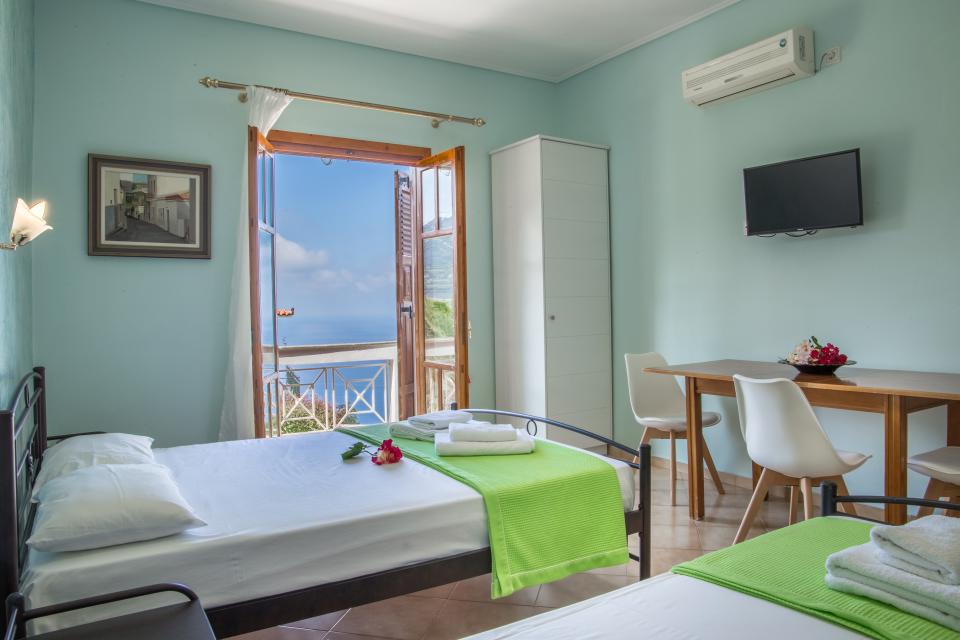 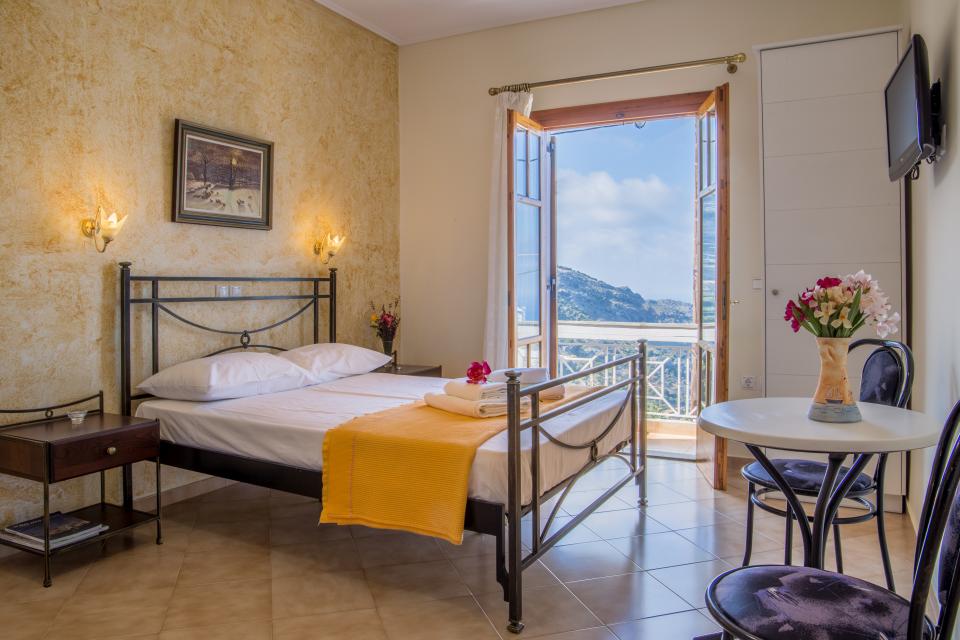 Large huge beach with sand and pebbles. On the right is the arm of the ancient harbor, the mountain goes down to the sea. The area is studded with antiquities. The beach attracts many diving lovers. The horizon to the left, when it is open, reveals the Cyclades.The houses of Palaiopoli village built between the trees and the high mountain make beauty unprecedented. The beach is quiet even in August.

Palaiopoli was the ancient capital of Andros and the only town on the island during the Classical Years. It was founded in the 7th-6th century BC and has flourished in the 1st century AD. The century began its decline, was destroyed by an earthquake in the 4th century AD and part of it sank into the sea. It was inhabited, however, until the Early Byzantine Years. From the ancient city the wall is preserved up to 3 meters in some places, sanctuary, a temple dedicated to Pythian Apollo (late 6th century BC), was worshiped as the main deity along with Dionysus in Andros, cemeteries, e.t.c.. From there comes Kouros who adorns the Andros Archaeological Museum and perhaps a Daughter, located in Copenhagen. In 2009, a mosaic floor was revealed in the central aisle of the 5th century basilica with the names of its two founders, called Efrosinos and Maria.

See more pictures of our Rooms & our facilities.

Services in the rooms

Our apartments are fully equipped to provide you with all the comforts you need for your vacation. Our rooms have Sea view, air conditioning, heating, full kitchen equipment in new kitchen, TV, modern decor. 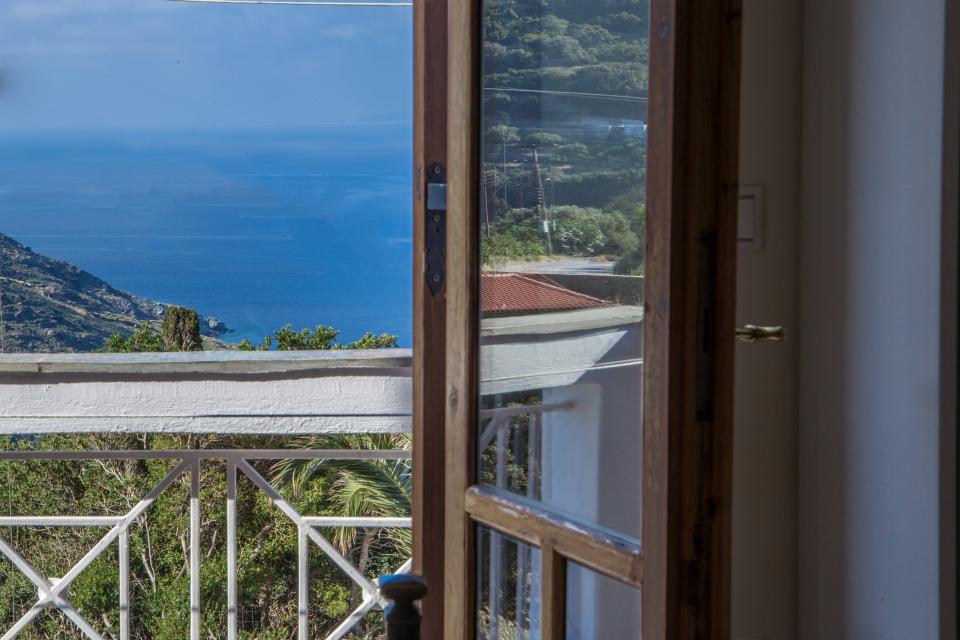