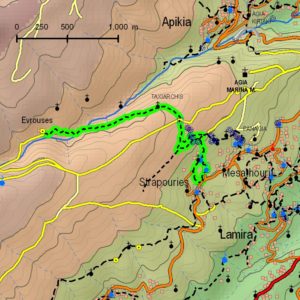 Unusually for a Cycladic island, Andros has green valleys, running rivers and springs in the centre of the island. Most paths are signposted to show the route to hikers. The best periods for walking in Andros are from April to June and from September to October. Temperature in July and August is very high and makes walking a tough exercise.

Many hiking paths in Andros start from Chora, the capital of the island. A well-marked path from Chora takes hikers to the mountainous village of Sineti, through old stone footpaths and steps. As there is a lot of up and down, this walk is relatively difficult. This route with return takes about 2 hours and a half. Another long route from Chora that takes about 3 hours is the walking route to the village of Apikia, following a well-marked path. 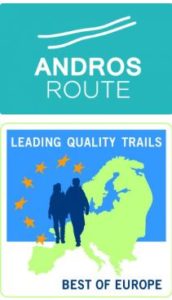